Upon decision of the Meeting of the 34 National Members of FIAT-IFTA at the Convention held in Dusseldorf, Germany, a delegation led by 1st Vice President Mrs. Teresa Saavedra has attended the 5th Session of the UNESCO General Assembly of the State Parties to the Convention For the Safeguarding of the Intangible Cultural Heritage.
On the Agenda of this meeting: item Nr. 6: Accreditation of Non Governmental Organizations to act in an advisory capacity to the Committee. FIAT-IFTA was one of the 22 Organizations nominated for accreditation. This has been the result of more than two years work in common effort of the National Members of FIAT-IFTA, the FIAT-IFTA Funeral Heritage Steering Committee, chaired by Mr. Henry Keizer and the Secretariat in the Netherlands. 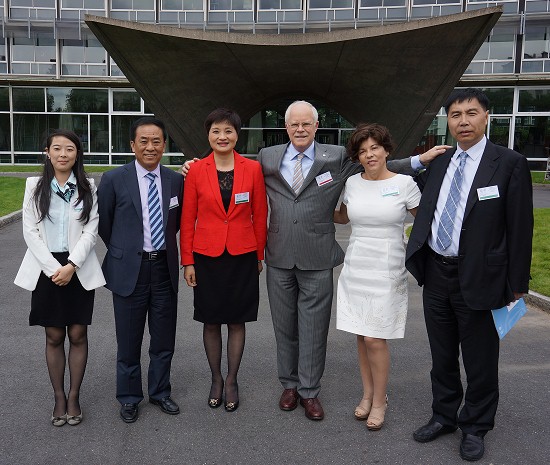 Previously the UNESCO Committee Intangible Cultural Heritage had formulated the proposal to accredit FIAT-IFTA as International NGO to act in an advisory capacity to the Committee. This advise was already given at the 7th session of the Committee, Paris, 3-7 December 2012. The proposal was now submitted to the General Assembly of State Parties. Out of a total of 314 applications made since 2012, the number of 22 organizations were submitted for accreditation according to Article 9 of the Convention. The 22 non-governmental organizations that meet the criteria were listed in the Annex to the draft resolution.
Tuesday morning 3 June 2014 the General Assembly adopted item 6 of the Agenda: Accreditation of the 22 NGO’s.
Congratulations were received from the State delegation of the Kingdom of the Netherlands (the FIAT-IFTAn office is established in the Netherlands) from other State delegations, from the members of the NGO Forum and from several National Members.